The core message: The planning of production capacity has far exceeded expectations, and the risk of overcapacity is gradually accumulating; various types of capital are competing in the field of new energy vehicles, and a large amount of production capacity is rapidly formed; the supporting industries of new energy vehicles are developing rapidly, and power batteries are facing serious excess capacity. 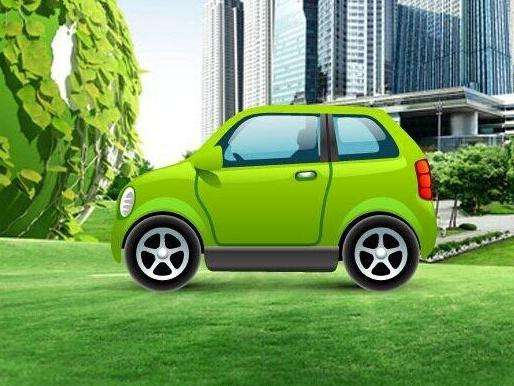 The new energy automobile industry is one of the strategic emerging industries that China has focused on developing. It is also listed in the â€œMade in China 2025â€ as one of the ten key development areas. Accelerating the development of the new energy auto industry will not only ease the current pressures on energy and environmental protection, foster new economic growth points, but also promote the transformation of China from a traditional auto country to a modern auto powerhouse.

Beware of increasing risk of overcapacity

First, the planned production capacity has far exceeded expectations, and the risk of overcapacity is gradually accumulating.

In June 2012, the State Council issued the â€œEnergy Conservation and New Energy Vehicle Industry Development Plan (2012-2020)â€ set development goals: By 2020, the production capacity of pure electric vehicles and plug-in hybrid vehicles will reach 2 million. Vehicle. However, according to the data released by the China Circulation Association, from 2015 to the end of 2017, there were more than 200 new energy vehicle projects that had already been completed in China, and the related investment amount was as high as over 1,000 billion yuan. The capacity of new energy vehicles is planned to exceed 20 million vehicles, which is 10 times the target set in the â€œEnergy-saving and New Energy Vehicle Industry Development Plan (2012-2020)â€. The above data shows that the overcapacity in the domestic new energy automobile market has already appeared.

Second, all kinds of capital are competing in the new energy vehicle field, and rapid production of a large amount of production capacity.

In recent years, along with the countryâ€™s strong support for the new energy automotive industry, various types of capital have flooded into the field of new energy vehicles, setting off a nationwide â€œcar manufacturing campaignâ€. On the one hand, traditional car companies have announced geometric growth plans for production and sales. For instance, BAIC New Energy plans to achieve an annual production and sales of 500,000 vehicles by 2020. BYD plans to invest 150 billion yuan to achieve 600,000 vehicles by 2020. On the other hand, a group of emerging Internet companies have entered the new energy vehicle market across borders, such as LeTV, Weilai Auto, Car and Home. Internet giants such as JD.com and Tencent have invested in these car companies.

In addition, some leading companies in other industries have also begun to enter the field of new energy automobile. For example, Gree Group, Wuliangye Group, CITIC Group, and Hanergy Group have invested in the new energy automotive industry in various ways. In particular, many investors who have no experience in building cars have entered the market one after another and quickly created a large amount of production capacity in the short term and laid down hidden dangers for overcapacity.

The rapid growth in the production and sales volume of domestic new energy auto vehicles has driven the development of related supporting industries, especially the rapid development of the power battery industry. The data shows that at present, China's power battery shipments account for more than 70% of the global market share. From 2014 to 2016, the average annual growth rate of the domestic power battery industry was as high as 368%, 324%, and 78.6%, respectively. In 2016, the investment in the field of power batteries exceeded 100 billion yuan.

According to calculations, if all the currently formed production capacity is released, a huge capacity of 170 GWh/year will be formed, which is approximately seven times more than the actual market demand, and can meet the annual production of 5 million electric passenger cars and 500,000 electric cars. The total demand for passenger cars, and in accordance with the relevant planning, China will not reach such a huge market demand by 2025.

First, industrial policies such as excessive subsidies have increased the risk of overcapacity.

Since the beginning of the new century, the state has introduced a series of policies to support the development of new energy vehicles, such as subsidies for enterprises and consumers, support for technological research and development, and tax incentives. In particular, the government's financial subsidies are the biggest source of energy for the consumption of new energy vehicles. In addition to central subsidies, many local governments subsidize new energy vehicles according to a ratio of 1:1. The total subsidies of two levels of government are as high as 60,000 to 100,000 yuan. Some small electric vehicles have become zero or even negative costs. Due to the high subsidy, a large number of companies do not over-produce their products according to the market's actual needs. Some companies even make fraudulent claims by falsifying them, thus planting hidden dangers of overcapacity.

According to the "2016 China New Energy Vehicle Market Report" issued by Wilson Consulting, if the government subsidy is deducted, the average market price of domestic self-owned brand new energy vehicles is twice that of joint venture brands, that is, the price advantage of self-owned brand cars. Relying on government subsidies to maintain, with the implementation of the subsidy withdrawal system in the future or even completely canceled, in the face of strong technical and market competitive advantages of joint venture brands, a large number of domestic car enterprises established by policy incentives will face the market cleaning, our country's new The energy automotive market will have a crisis of severe overcapacity.

Second, the single GDP performance concept and local protectionism have exacerbated the risk of overcapacity.

The current high risk of overcapacity in new energy vehicles is related to the one-sided pursuit of GDP performance by local governments. As one of the emerging industries, the new energy automobile industry has the characteristics of large output value, high profit, and strong promotion. Once a new projectâ€™s production capacity is formed, it will definitely boost local economic growth. For example, after an auto group's new energy passenger vehicle is completed in a province, the estimated annual output of 600,000 vehicles will reach an annual output value of 60 billion yuan, accounting for 1.5% of the province's GDP.

Moreover, low barriers to entry in the industry also tend to result in a large number of low-end excess capacity.

Compared with the high barriers to entry in the traditional automobile manufacturing industry, the barriers to entry for the new energy automotive industry are relatively low, mainly concentrated on several large core components such as batteries. According to calculations, the break-even point for conventional fuel vehicles is 2 million vehicles, while the break-even point for electric vehicles is only 100,000 to 200,000 vehicles. It is the relatively low entry barriers and broad market space that make new energy vehicles easy to become the â€œchariotâ€ of capital pursuit.

At present, some enterprises that do not have the capability to develop, produce, and manufacture new energy vehicles or even lack car building experience use the lower entry barriers of new energy car industries, adopt investment means such as holdings, joint ventures, and supply chains to enter new energy sources. In the automobile manufacturing industry, a large number of low-end excess production capacity will be easily formed in the short-term, which will adversely affect the healthy development of China's new energy automotive industry.

First, improve relevant policies and regulations and promote the healthy and orderly development of the industry.

Continuing optimization and improvement of relevant laws and regulations should be based on the latest industry and market developments, research and preparation of a new version of the new energy vehicle industry in the long-term development of strategic planning, and further clarify the various stages of development of the industry's development strategy and objectives, to avoid the blind development of excess capacity .

Promote the combination of â€œpolitical, industrial, research and applicationâ€, establish a new energy automotive industry partnership, and promote the cooperation of various market entities in the development of new energy automotive industry to overcome the asymmetries of government-industry information, industrial policy lags, and inefficient implementation of policies. Horizontally duplicated construction and overcapacity issues.

Further improve the technical threshold for the entry of new energy automotive products into the catalog, and dynamically adjust the related products entering the catalog; change the â€œPreferential Systemâ€ issued by the current subsidy, and turn it into â€œaward for excellenceâ€ to improve the support efficiency of financial subsidies.

In order to prevent excessive subsidies, it is suggested that the direction of subsidy for local governments should be changed from encouraging purchases to support the use, and the use of links can increase the number of years of use, such as the introduction of preferential policies for parking fee reductions, freeway tolls, and freeway tolls. Subsidy support for charging infrastructure, etc.

Learn from foreign experience, implement the "refund of vehicle discounts" trade-in policy, etc. It also increased its supervision of the new energy automotive market. In response to the â€œcheat compensationâ€ behavior, it is recommended that government agencies jointly monitor and administer relevant industry associations, and establish an anonymous reporting mechanism and rewards and penalties, and use the Internet and media to achieve social supervision.

Change the single view of GDP performance appraisal and establish a diversified assessment criteria for local government performance in order to curb local government investment impulses. To unify the financial policies of various localities, the central government shall formulate a unified new energy vehicle standard and model catalog, cancel the local catalogue, and force new energy vehicles that enter the catalog to enjoy equal treatment in terms of government procurement, market access, and financial subsidies. We will strengthen the management of centralized procurement and promote transparency in the procurement procedures for procurement of new energy vehicles by the government, state-owned enterprises, public transport, and other units, and prevent the occurrence of caring behaviors by local auto companies.

Fourth, increase the promotion and propaganda, cultivate and develop the consumer market.

Strengthen demonstration and promotion and guide consumption. To increase the number and quality of new energy vehicle promotion and create a favorable market environment for the healthy development of new energy vehicles. At the same time, it will intensify consumer guidance, strengthen the cooperation between the government and enterprises, and jointly strengthen the promotion of consumers from the perspective of low-carbon travel concepts.

Speed â€‹â€‹up the cultivation of the consumer market. It mainly focuses on the marketization of new energy vehicles, constantly innovating business models, striving to open up both domestic and international markets, supporting domestic excess capacity to go global, and accelerating the development of well-known brands for new energy vehicles. In the business model, it explores the promotion of electric vehicle or battery rental services, the sharing of services for complete vehicles or fixed charging piles, and time-shared leasing.