In recent years, China's high-tech industries have been investing in mergers and acquisitions frequently, and the rapid expansion of industries is obvious to the world. The rapid rise of Chinaâ€™s scientific and technological power has caused some countries to fear, and the United States has begun to explicitly restrict Chinaâ€™s investment and acquisitions in the country.

Subsequently, the Ministry of Commerce of the People's Republic of China issued a counter-attack strategy, aimed at suspending the list of concessional products for US imports of steel and aluminum products 232 measures and soliciting public opinions, and proposed to impose tariffs on approximately US$3 billion of products imported from the United States.

First, the United States began artificially restricting Chinaâ€™s investment or the acquisition of high-tech US companies. The current Chinaâ€™s thirst for technology is obvious to the entire world. No technology can be used to spend money and money can't be imported from abroad. The Trump administration fears that Chinaâ€™s â€œbuying, buying and buyingâ€ behavior will damage its interests and begin to restrict Chinese companies from investing in the United States.

The economic disagreement between the two countries has caused the planned Sino-US joint venture project to be blocked, or will delay the Chinese new energy car company's plans to enter the US market. A large number of start-up companies in the Chinese capital background have also been challenged to operate in hopes of the United States. Some Chinese auto companies with advanced technology will also be in trouble.

With reference to previous history, once the trade war is opened, it will be a long-term battle. The pace of major reshuffles for Chinaâ€™s new energy vehicles will accelerate, and only elite elites will be able to survive in the future. This is not a good thing for the reorganization of Chinaâ€™s new energy automotive market order.

Second, although China had become the worldâ€™s largest news source car market as early as 2015, in fact, the share of new energy vehicles in the entire automotive market is not large enough. In 2017, Chinaâ€™s auto sales exceeded 20 million units, while new energy vehicles sold only 777,000 units. 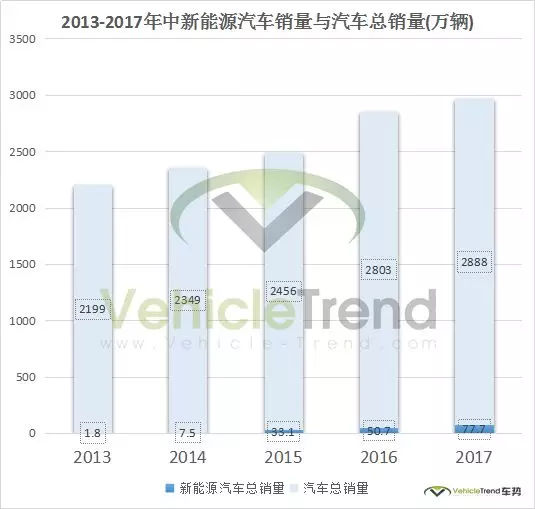 Once again, cars cannot be separated from materials such as steel and aluminum. The United States increases the tariffs on steel and aluminum, and China's auto parts exports will face a relatively large impact.

In addition, China's core components and parts, whether new energy vehicles or smart cars, are dependent on imports. The Sino-US trade war will inevitably lead to price increases for auto parts and bring greater cost pressure to the Chinese auto industry. However, from a positive perspective, cost pressures will force China's new energy and smart car industry to strive to make up for shortcomings and actively implement technological innovation.

For the United States, the iron and steel metallurgical industry in the country has not developed well in recent decades, leading to a significant increase in the unemployment rate of its employees. In response, Trumpâ€™s solution is to increase tariffs on imported steel products. Increasing the tariffs on steel materials may ease the US steel industry's dilemma and increase the employment rate in the short term, but in the long run, rising raw materials will prompt the US market to increase prices for steel-based products, and ultimately pay for US consumption. By.

Finally, the U.S. initiative to open a trade war is bound to trigger counterattacks from other countries. Recently, the Ministry of Commerce of the People's Republic of China has suspended the list of concessional products for US imports of steel and aluminum products 232 measures and solicited public opinions. It intends to impose tariffs on about US$3 billion of products imported from the United States. This is a response from China to the United States.

In addition, the first China-US dollar meeting last year reached a consensus: "China will gradually reduce vehicle tariffs gradually in accordance with its own timetable for expansion and road map. In 2018, auto import tariffs may drop to 15%." At present, the tariff for imported cars in China is 25 % After the accession to the WTO, China promised to further reduce the tariffs on imported cars. This time the United States provoked a trade war, which will affect Chinaâ€™s willingness to cut tariffs on imported cars. For the US automobile industry, the high tariffs for cars exported to China are not conducive to further developing the Chinese market.