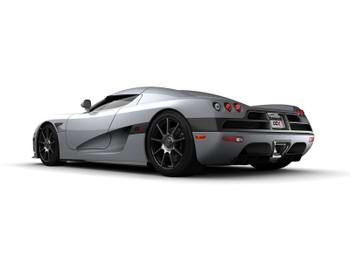 China's total production and sales volume of pure electric vehicles and plug-in hybrid vehicles will reach 500,000 by 2015, and according to a rough estimate by the China Securities Journal, the total planned production capacity has exceeded 500,000 vehicles.

Dongfeng opened a new energy plant Dongfeng Passenger Vehicle New Energy Plant started construction recently. The one-time plant construction plan was implemented in two phases, with a production capacity of 160,000 units and an investment of 2.4 billion yuan in the first phase. It is expected to be completed and put into production by the end of 2014. The planned Dongfeng Passenger Vehicle New Energy Plant covers an area of â€‹â€‹more than 400 acres, including three major processes of welding, painting, and assembly, and electric vehicles and electronics workshops. It is mainly used for energy-saving and hybrid production of new energy vehicles and traditional automobiles. According to the arrangement, the new factory will give priority to the protection of the production of its own brand new energy vehicles. When the demand for new energy vehicles is insufficient, traditional cars will be produced.

In fact, Dongfeng Motor Co., Ltd. released a new energy vehicle plan as early as 2010, clearly pursuing purely electric cars as the mid- and long-term strategic goals, using hybrid power as a phased key target and the focus of current industrialization, and combining traditional car energy conservation with a foothold. Integrated vehicle integration and vehicle control, integration of core resources such as batteries and motors, establishment of common technical advantages, and exploration of commercial applications of pure electric vehicles.

The crowded car companies have laid out China's implementation of the new energy vehicle subsidy policy in 2009 for a period of three years. After the policy expired at the end of last year, a new round of subsidy policy was introduced in September this year. The industry generally believes that the tendency of local protectionism and the lack of charging facilities have become obstacles to the development of new energy vehicles. The implementation of a new round of subsidy policies is expected to solve these problems to a certain extent, thus promoting the development of new energy vehicles.

According to the previous plan, China plans to achieve a total production and sales volume of pure electric vehicles and plug-in hybrid vehicles by 500,000 by 2015. From the current sales situation, it is difficult to achieve this goal.

Insiders pointed out that policy support is a boost for the development of new energy vehicles in China. However, the New Deal still needs to be implemented and the effect remains to be seen. In particular, whether the New Deal can truly break local protectionism, support the introduction of infrastructure construction rules, and how to stimulate the private consumer market, many issues still need to be observed.

Leisuwash S90 Car Wash Machine is an entry level car wash unit, but you won`t find any low grade components and no cost cutting on the expense of quality. Each Leisuwash S90 is built by Leisuwash employees in accordance with our usual quality standards, the low price is achieved by high standardization and the use of proven technology. The Leisuwash S90 is for clients that need a wash machine at a competitive price with higher ROI.